We first met Melanie, nearly a year ago in April, at the wedding of Laura + Dusan. Melanie is a friend of theirs and was the chosen, talented flautist for the ceremony. We got the chance to chat with her briefly that day and instantly liked her. It’s funny because she thought we were Barrie friends of Laura + Dusan because we got along so well with everyone in the bridal party. She was surprised to find out that we only recently met the couple when they approached us to capture their wedding day.

END_OF_DOCUMENT_TOKEN_TO_BE_REPLACED

Lyndsay + Nick chose to have their engagement session in a small town called New Hamburg, right outside of Kitchener. This place is very special to Nick because it’s where he grew up. As we walked along the riverside, he recounted stories of his youth and filled us in on the history of the area.

We thought it would be a great idea to get them to share their proposal story on film to invite an element of Fusion to their engagement session. We’re so excited that more and more people are hearing about Fusion, and are choosing to add this to their list of wedding must-haves. It’s definitely our most popular collection for 2012.

Thank you Lyndsay + Nick for allowing us to rock the Fusion on your wedding day! We are psyched about next season! 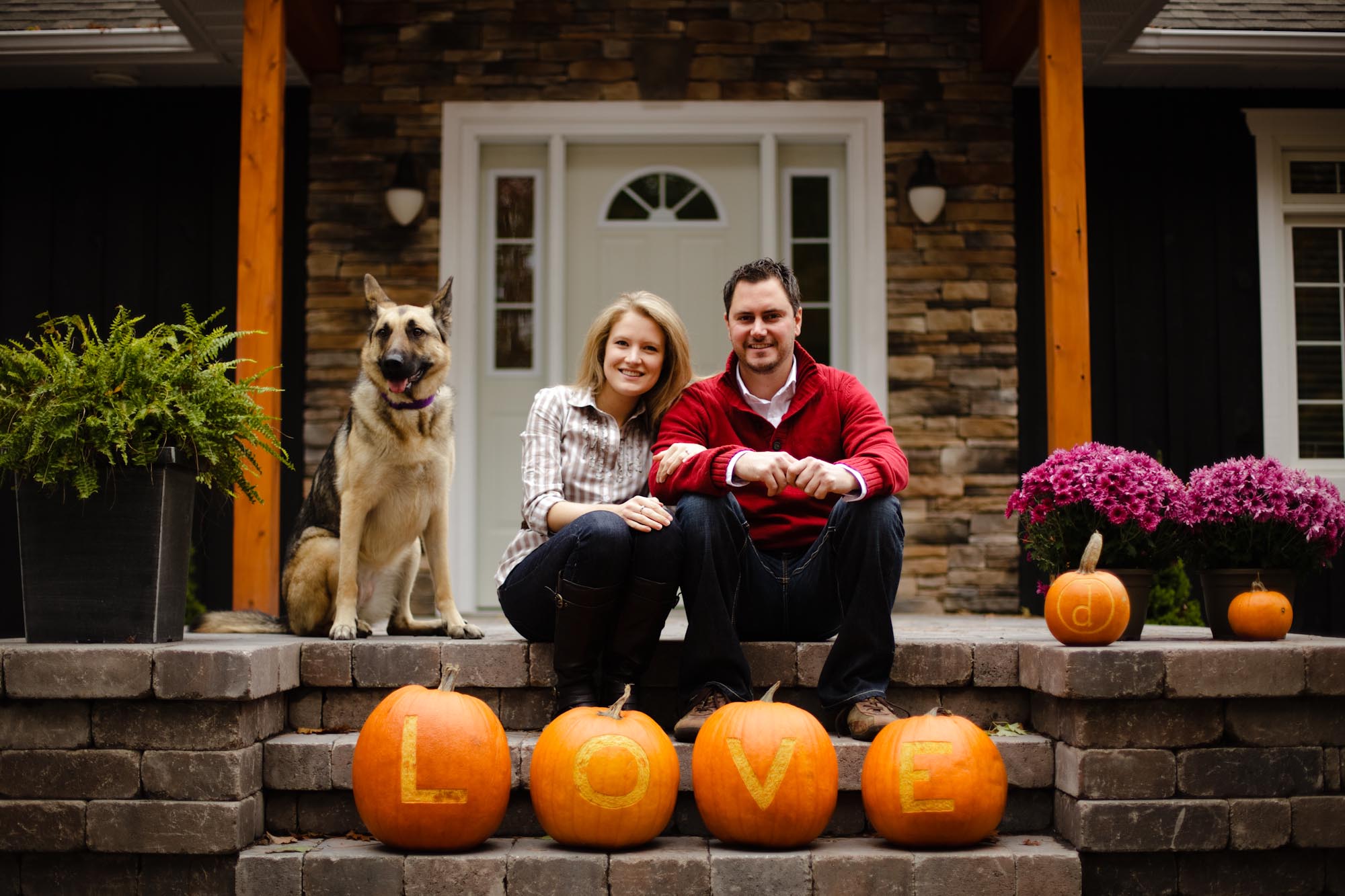 After we got off the phone, we immediately made plans to schedule their engagement session. We were on a mad race with time, as we wanted to take photos in autumn before all the leaves fell to the ground. For their engagement we met at their beautiful home, just outside of Barrie. Driving up to their place, it appeared as if they purchased an empty lot between two older homes, and built a completely brand new home. However, upon talking with Lacey + Evan, I learned that the house was actually over 30 years old, but they are incredible renovators. In fact, Evan stripped down the home and rebuilt it to look as good as new. It is quite impressive! Watch out Extreme Makeover: Home Edition, Lacey + Evan will put you to shame.

After getting some great shots of them near their home with their adorable dog, we took a quick drive into the country, then headed down to the MacLaren Art Centre where their wedding will take place in August 2012.

Congratulations Lacey + Evan on your engagement! We are so happy for you, and are completely thrilled that we get to capture your wedding next year!

Photography Engagement Session in Toronto, ON

Music has always been a huge part of Jeremy’s life, so we decided to bring his guitar along for the ride. We love to personalize our Engagement Sessions to make every photo shoot unique to each couple. His bride-to-be, Lisa, grew up in Toronto near the Distillery District. So, we figured that the area surrounding the famed district would be an ideal place for our setting. But before heading out, we took their adorable dog for a walk in the neighbourhood. They are a perfect couple. I can’t wait for their June wedding next year! 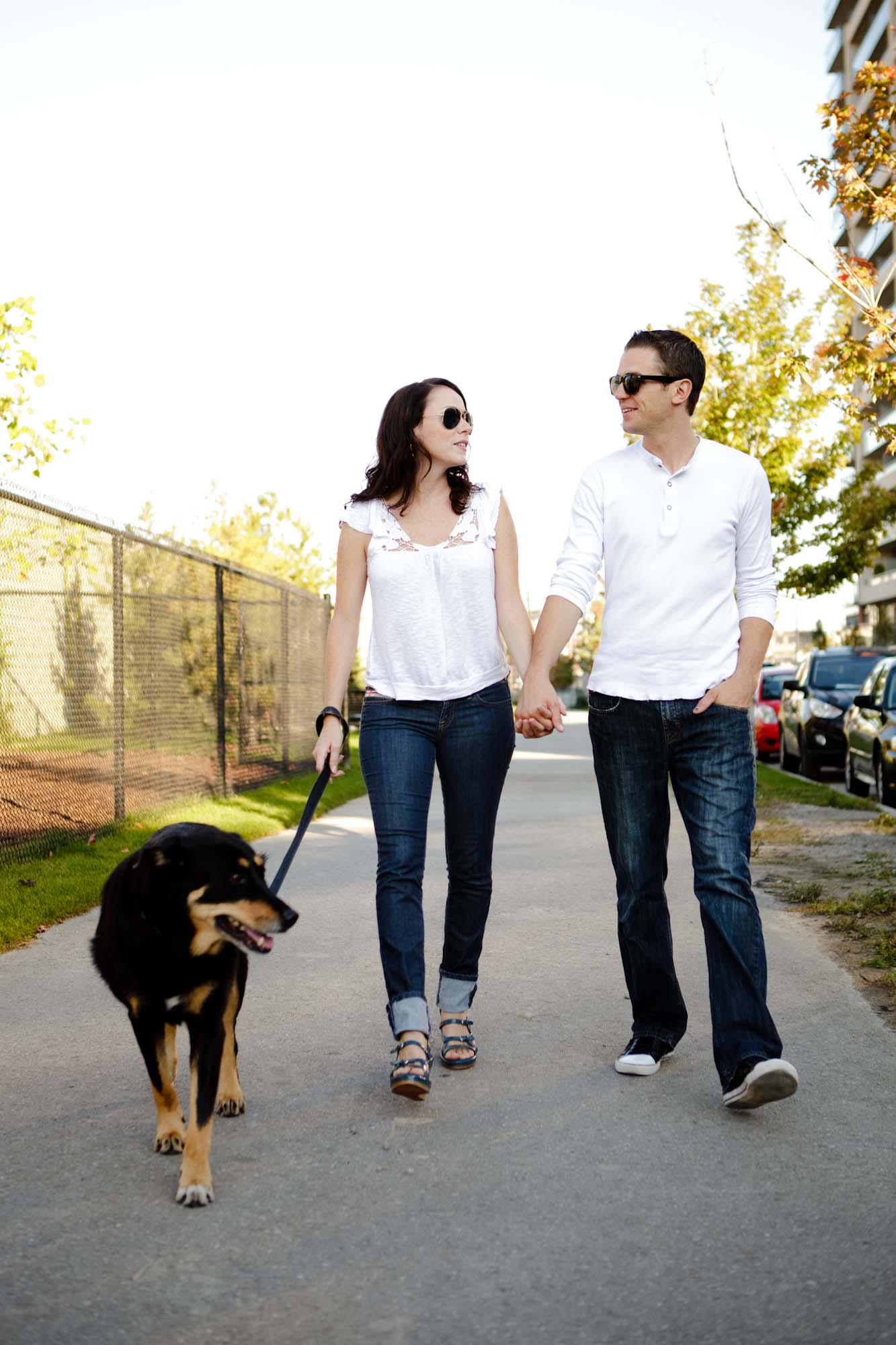 Engagement Session at Little Italy in Toronto, ON 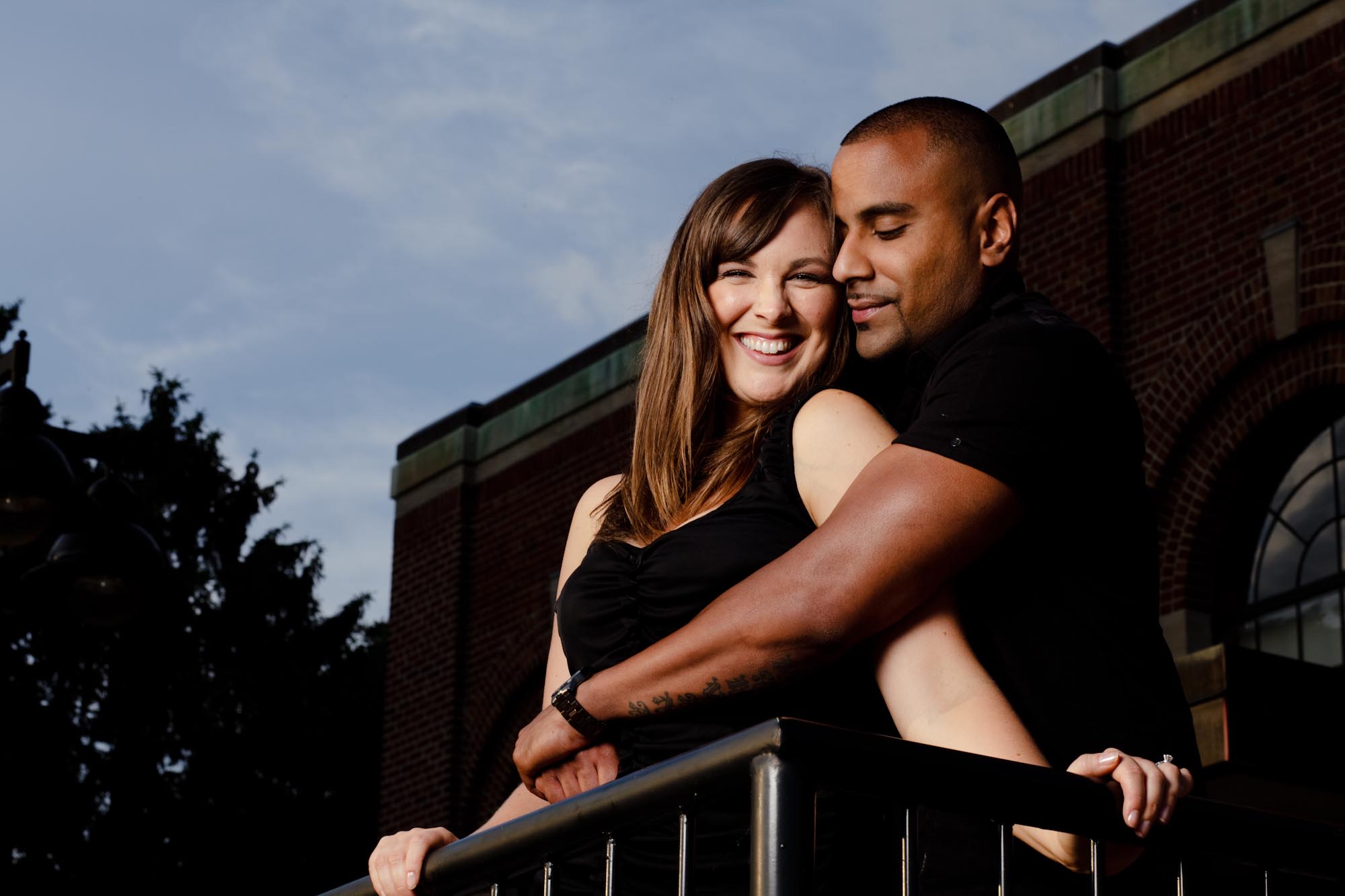 On your wedding day, everyone lines up to talk to you, if only to spend just a few seconds in your presence. Swarms of people surround you in a frenzy, as cameras flash in the background like paparazzi to take your photo and post them online to share how they actually got the chance to spend the day with you. You are a star! Well, why not extend that same element into your engagement session? This is your chance to be a VIP! Well, that’s just what happened for Krishn + Joanne. In fact, strangers often stopped during our photo session to stare at the couple like they were celebrities. And they are… to us!

They started their date night at one of Joanne’s favourite eateries, Planet Organic Market. This is seriously one of the most delightful natural health food locations in Toronto. The people are super friendly and the fare is divine! No wonder Joanne adores it so much! 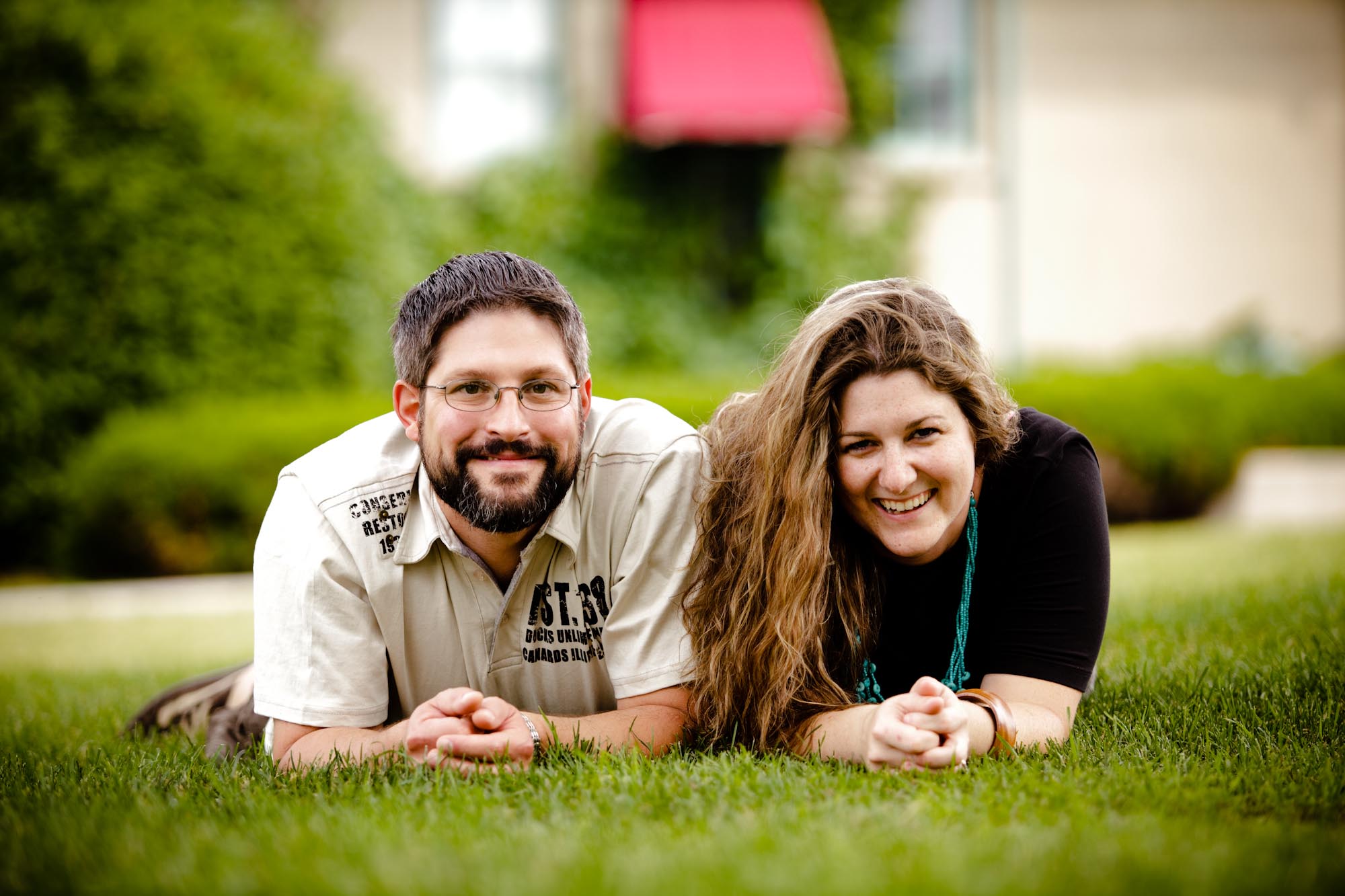 It is obvious that Jenn + Brian really enjoy one another’s company and are very much in love. Congratulations Jenn + Brian on your engagement! Thank you for spending the afternoon with us! 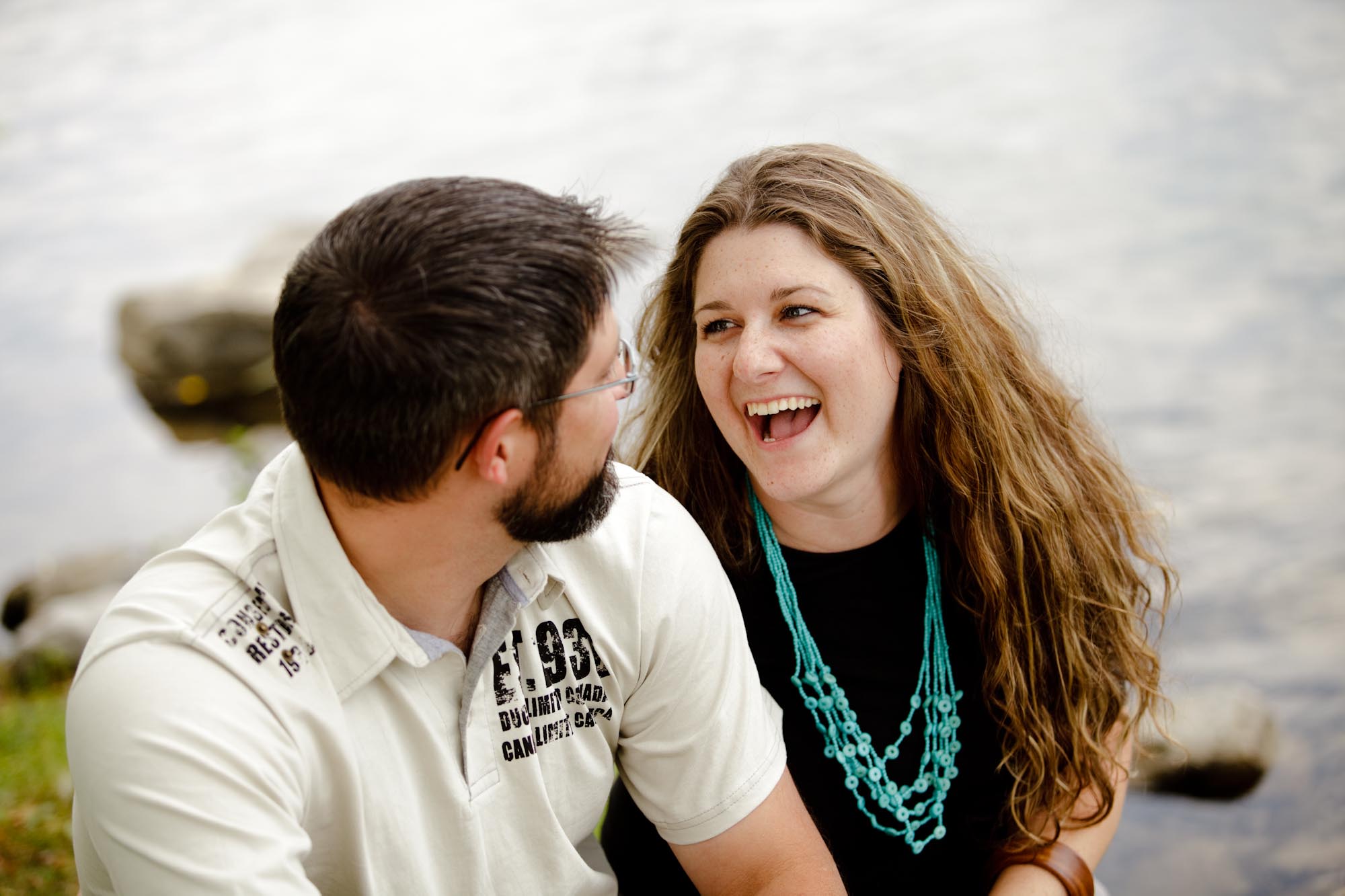 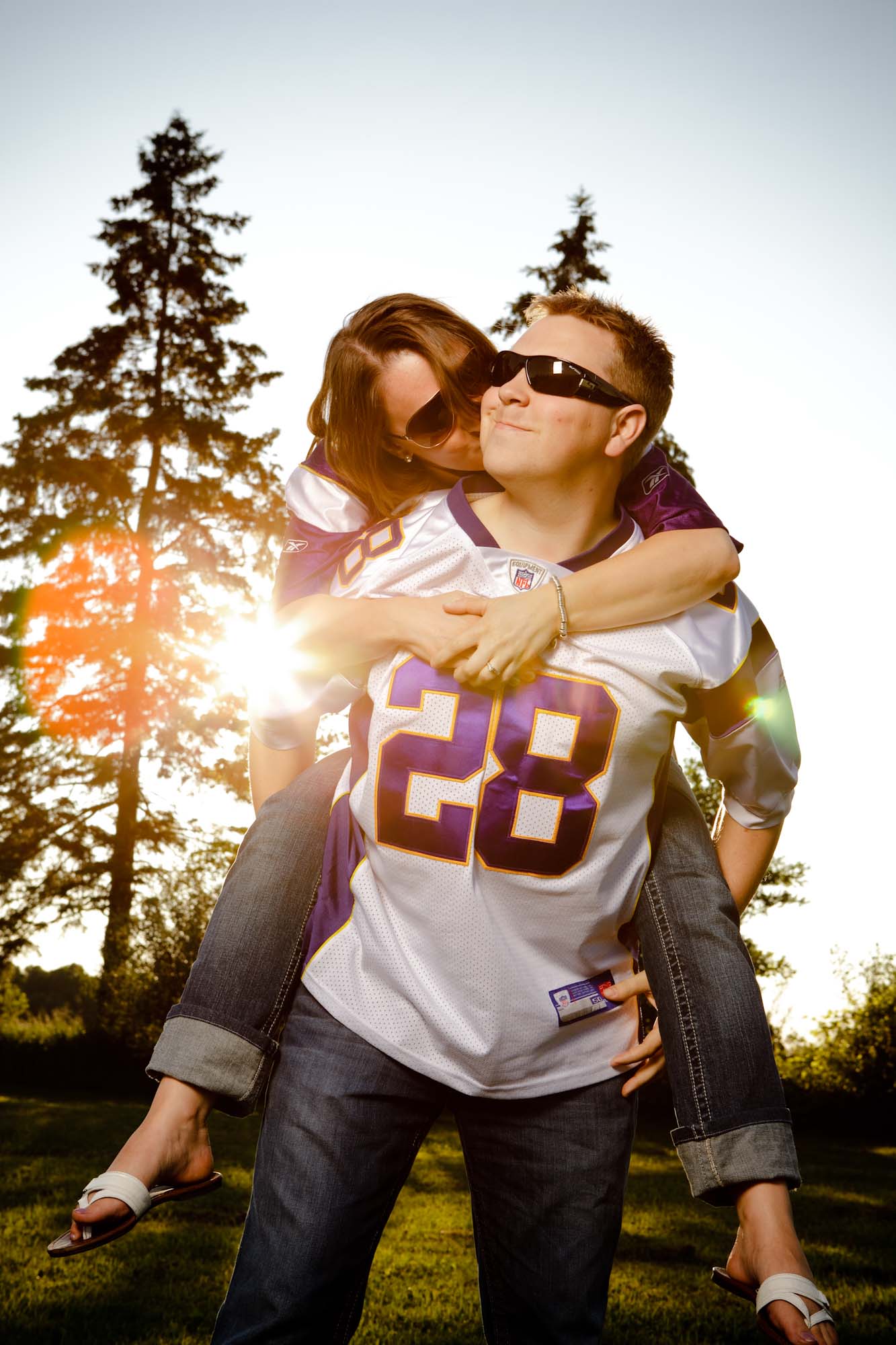 Last September, we participated in a bridal show held in Barrie. We decided it would be a great idea to offer a draw, where a lucky winner could win a free photo engagement session with Paul. Colleen emerged victorious out of all the wonderful brides-to-be.

We spent last Saturday evening with Colleen + Andrew getting some great shots of the couple around town. It was fun getting to hang out with them and we are so excited that they chose us to photograph their wedding this New Year’s Eve! It’s going to be a great way to end (and start) the year! We can’t wait! 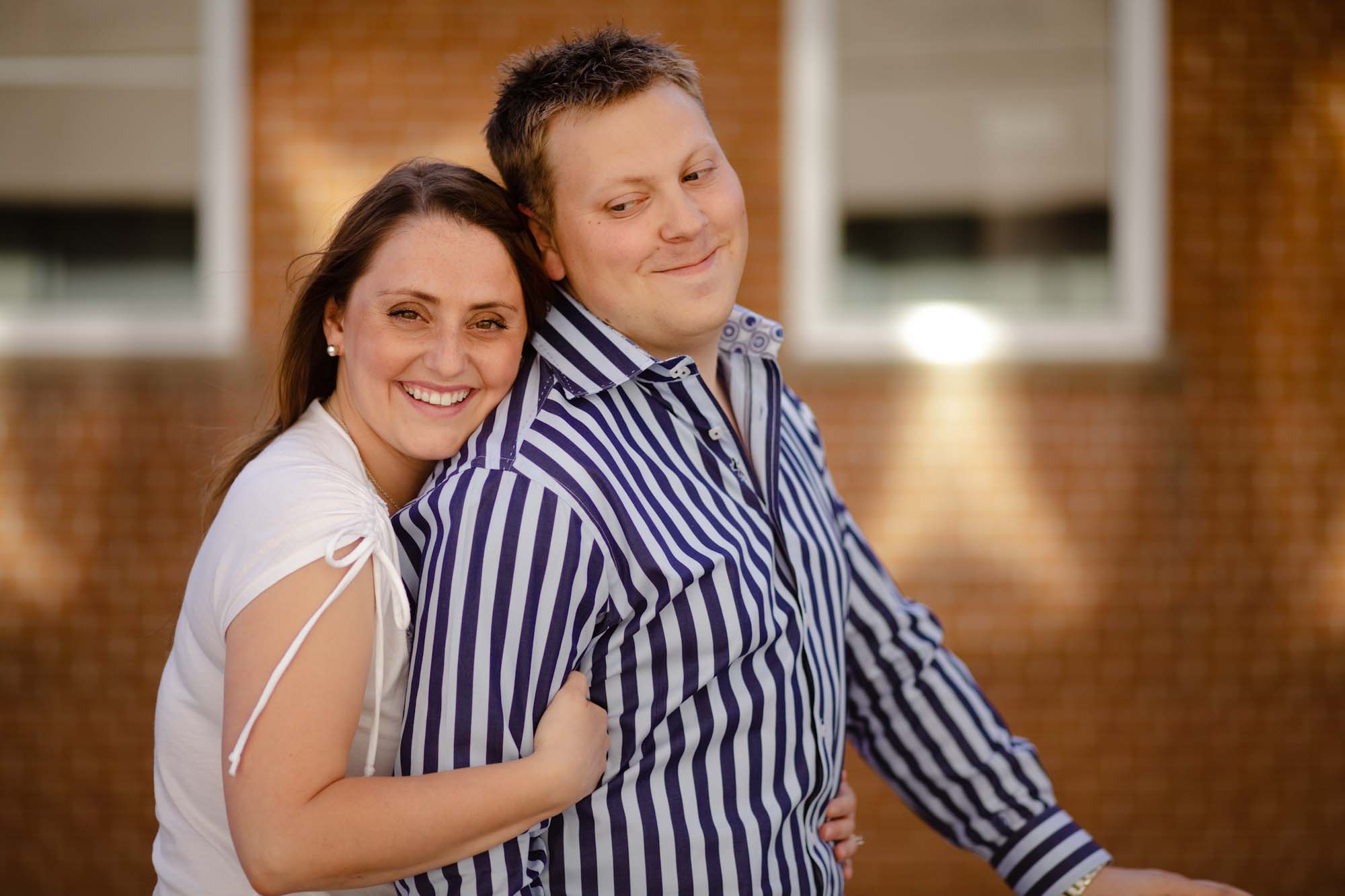 Engagement Session in Barrie, ON

How much do we love how we met Tracey + Chris? A lot! So much, in fact, that we asked Tracey + Chris to share the story in a short testimonial video.

We were introduced to Tracey in November of last year when she inquired about photography and video for her wedding in North Bay, ON. Did we mention that Tracey is a snocross racer? Um, awesome! Anyway, unfortunately, we were booked for her day, but we told her that we would contact her if anything changed. Nothing changed. Months went by. She wrote again and asked if anything new had developed. Still nothing. She even asked what dates we had available in August to see if she could change her wedding day to a different date in order to have us capture her wedding, but nothing seemed to be working out. Until…

We received an e-mail from one of our brides this summer, asking if she could switch her wedding date to a different day, leaving the day that Tracey had originally inquired about back in November available! We immediately contacted Tracey to let her know that her wedding day was now open. Game on!

We spent the afternoon with them a few weeks back and had an incredible time shooting their engagement session in the park. Tracey + Chris will be married this August in North Bay, ON and we couldn’t be more ecstatic to capture their wedding day! It was serendipitous how it all came together. We’re so happy it all worked out! 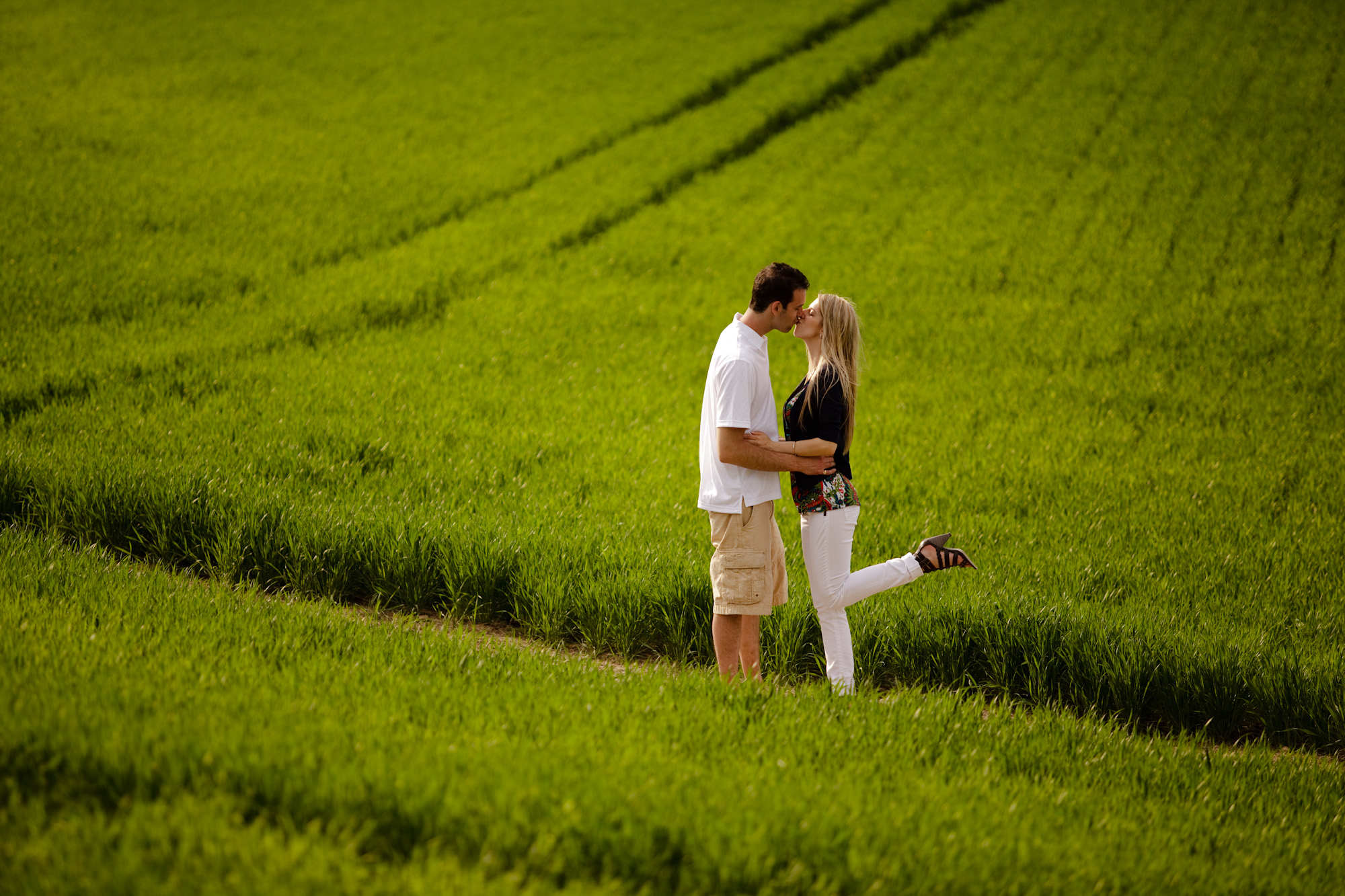 May 24, 2011 No Comments in Engagement Sessions 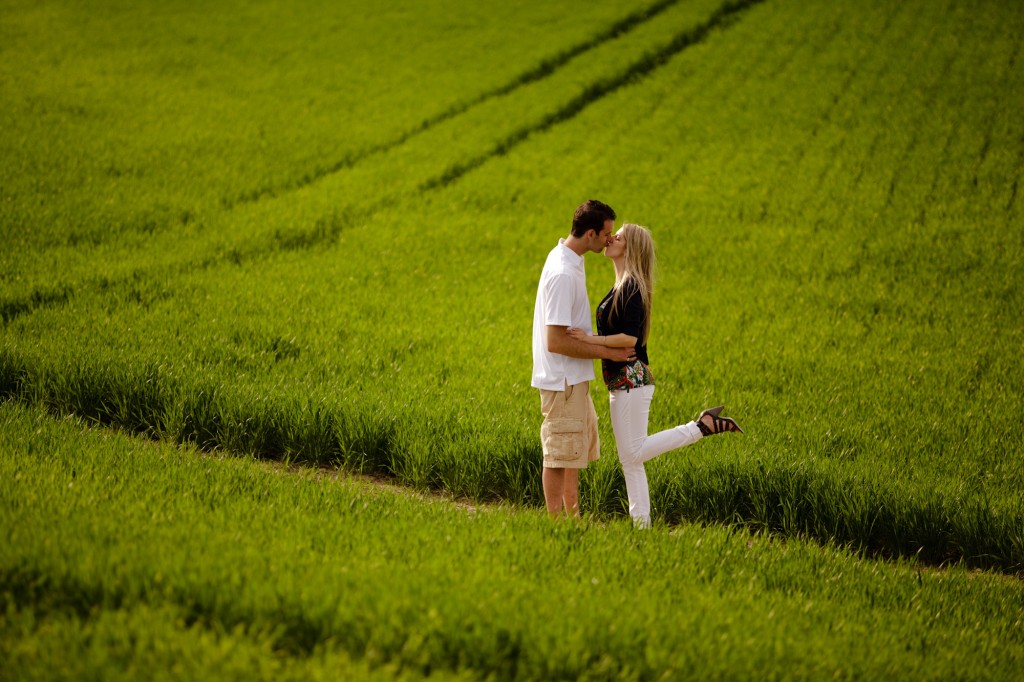 The May Long Weekend marks the unofficial start of summer. And it sure felt a lot like summer this past Saturday evening for Zophie & Johnny’s engagement session. They were on their way to their cottage up North, when they decided it was a perfect day for photos. In fact, many Torontonians choose to celebrate the holiday at the cottage in Muskoka with their families, making memories by the lake. When they called us to schedule their shoot, we couldn’t have been happier to oblige!

We began our session at Sunnidale Park, which offers a surprisingly lush backdrop for this time of year.  We are huge fans of love! If love had a Facebook fan page, we would totally “Like” it! Being able to photograph the connection between a couple like Zophie & Johnny makes us realize how truly fortunate we are to do what we do. We traveled around the Barrie area, getting some gorgeous shots and capturing some great moments along the way.

We are so excited to provide our Fusion collection, photography with a taste of cinematic video coverage, for their wedding celebration in July! Zophie & Johnny’s ceremony will be held in Barrie at the newly renovated St.Marys Church. Their reception will take place at the Barrie Golf and Country Club. We can’t wait! 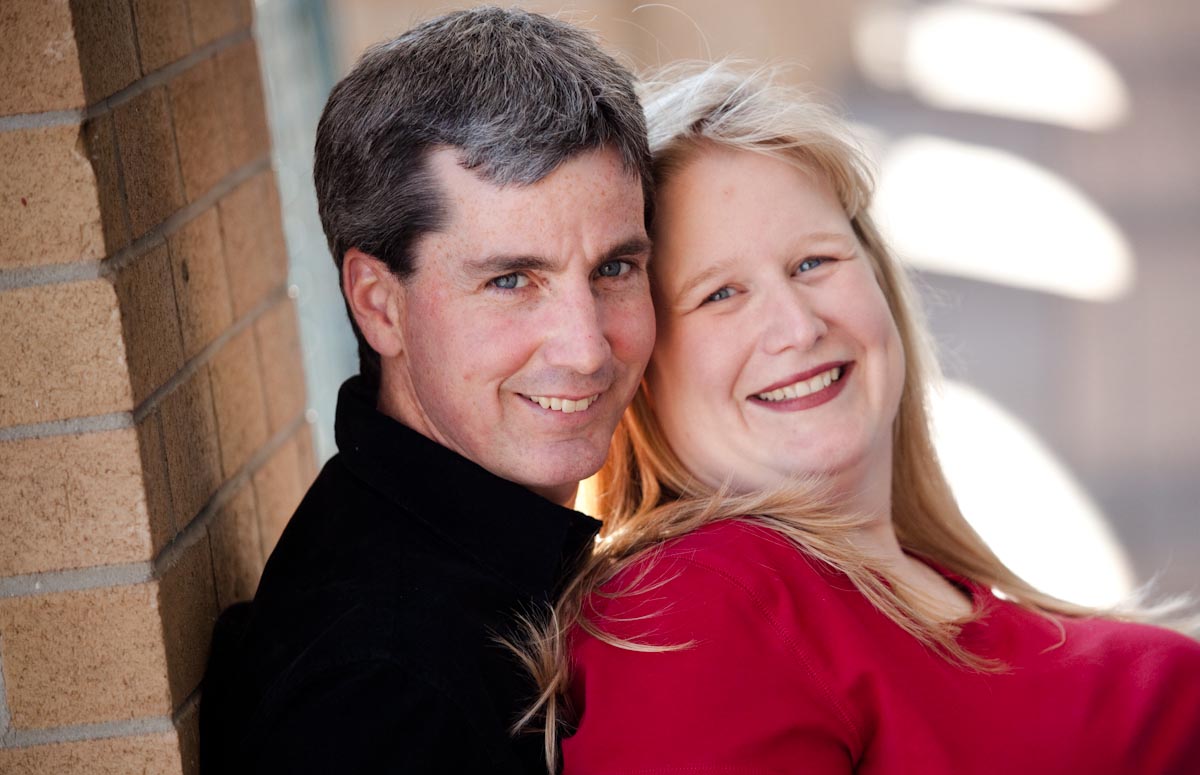 Vicki + Dave saw us in action last summer at their friends’ wedding. It is always such a wonderful compliment to be referred by our former couples. This made it easy for Vicki + Dave to find a wedding photographer that they felt comfortable with and knew they could trust. We were so excited when they called us and chose us to capture their wedding day, too!

They have been together now for about 12 years and couldn’t be more in love! They are such a great couple! We all had so much fun together during this engagement session. We can hardly wait to photograph their wedding in Ingersoll, Ontario this Fall. 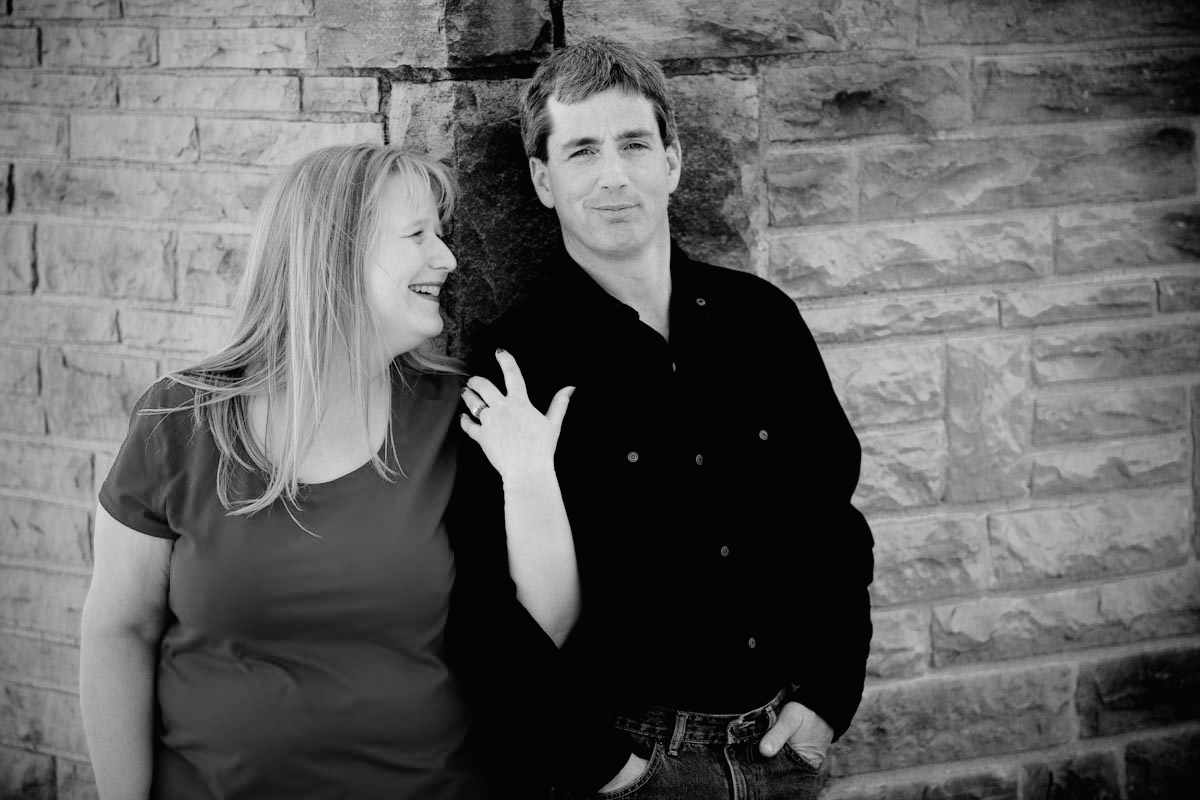 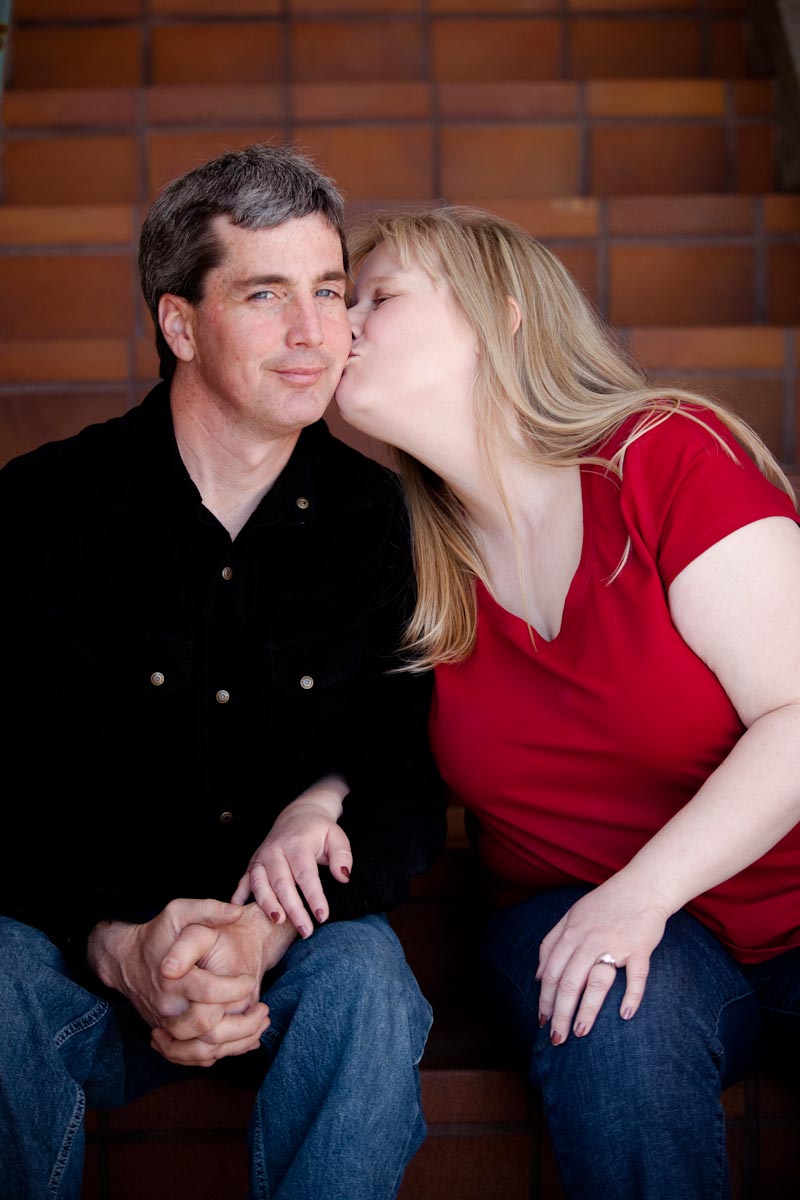 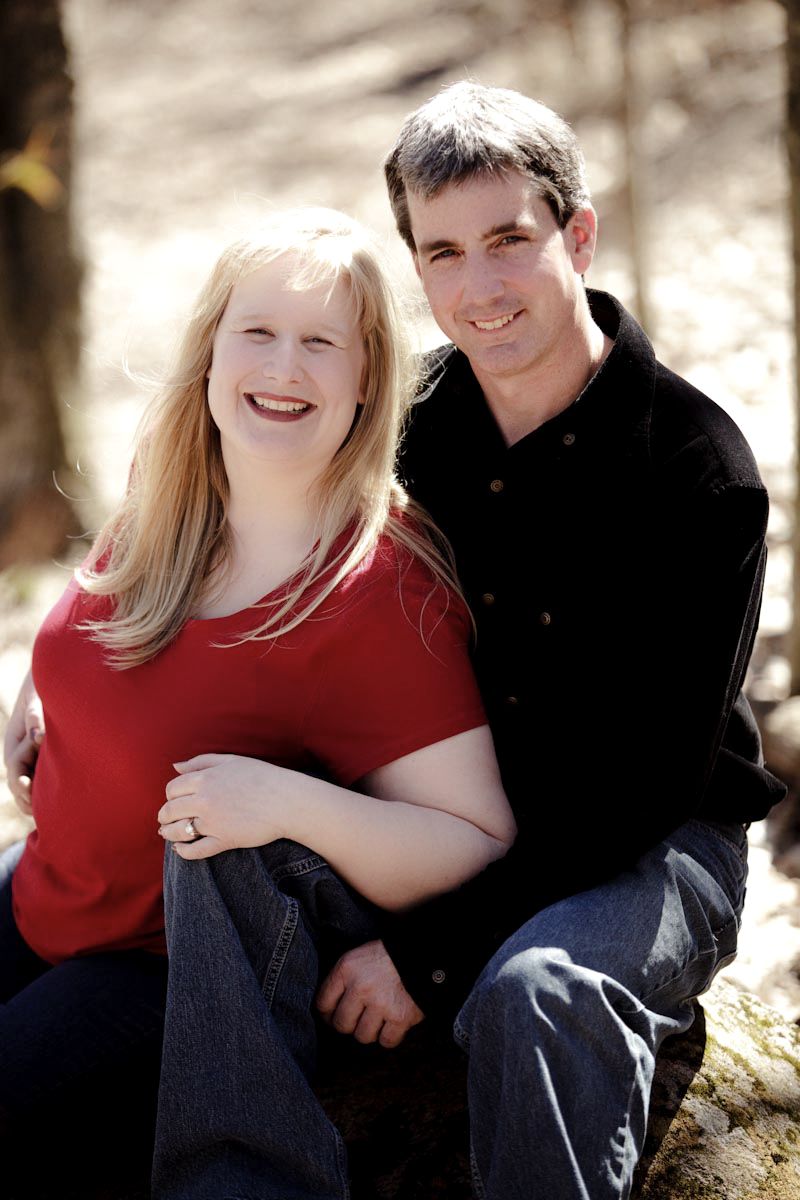 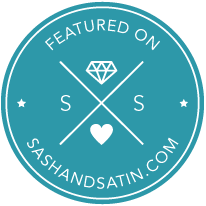